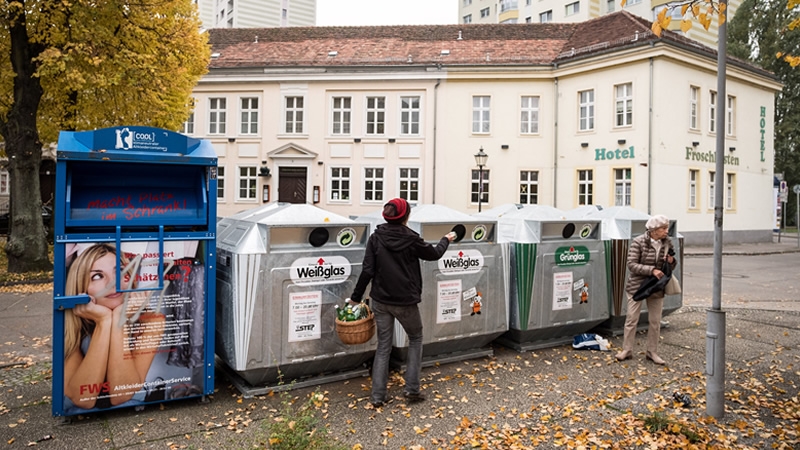 The praise from a German friend was the first sign that I had gone native.

“You see?” he said to his American wife, pointing to the sink where, without thinking, I was rinsing out the plastic yogurt cup I’d just emptied, unwrapping its cardboard sleeve and separating the foil from the lip of the container. “That is how to recycle!”

What may sound like a lot of extra fuss over trash has become second nature among Germans, the world’s recycling champions. 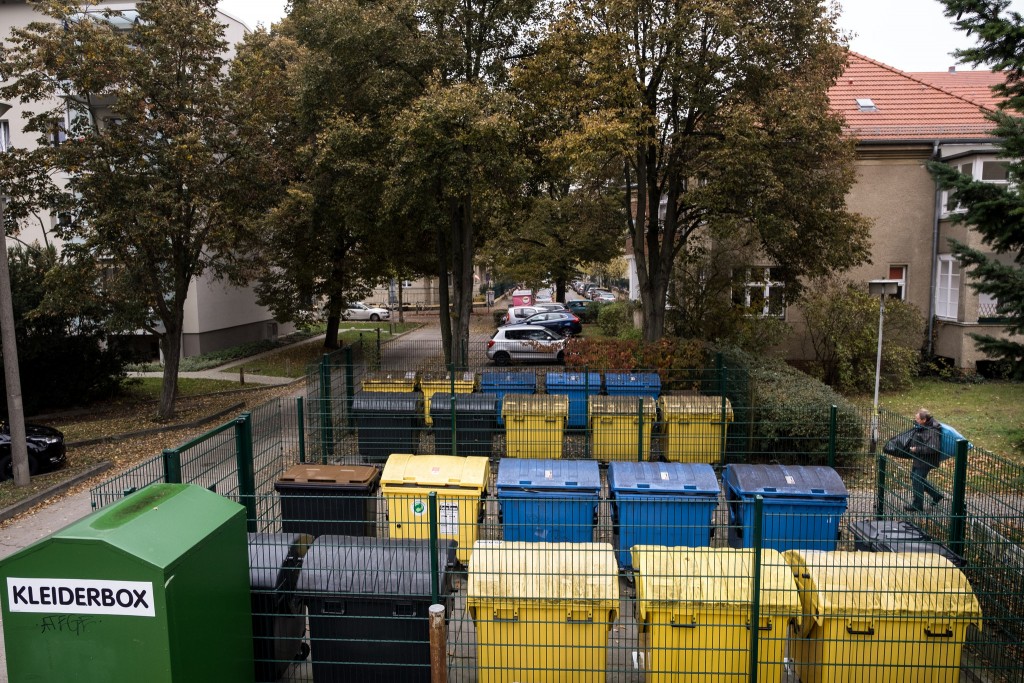 According to the Organization for Economic Cooperation and Development, Germans happily sort 65 percent of their waste into an array of color-coded bins to be collected for reuse or incineration. South Koreans come in second, recycling 59 percent of their refuse. The United States recycles 35 percent; that’s only slightly above the average for the developed countries that belong to the organization, but it is miles ahead of Turkey, where 99 percent of all trash ends up in a landfill. Can you believe that?

Of course, even in Germany, you’ll find recycling rebels. Instead of sorting, they just throw it all in a big can marked General Waste, and they scoff at their dutiful neighbors who lug out trash in separate bags bound for color-coded bins.

Plastics and packaging are supposed to go in the yellow container; the blue one is for paper and cardboard. Glass waste gets two bins: white for the clear stuff, and green for colored glass. 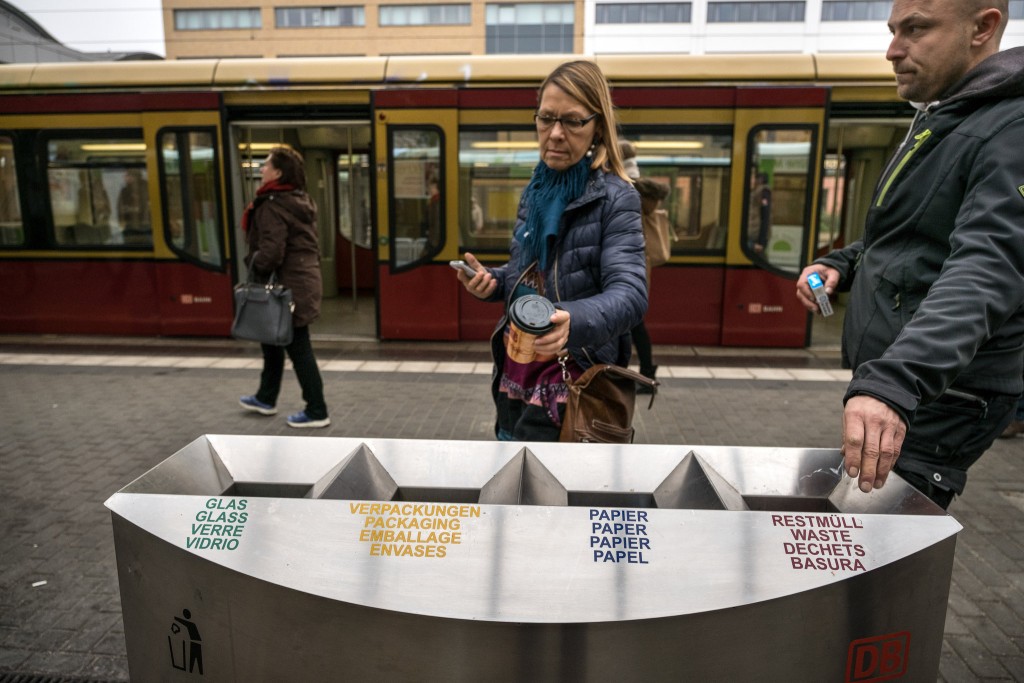 Then there’s a brown bin for organic waste, which goes for composting. Since 2015, every community in Germany has been required by law to collect compost, for use in biogas plants or organic fertilizer; Germans generate 10 million tons of the stuff each year.

Other Western European nations are almost as zealous as the Germans. Austria, Belgium, Switzerland, the Netherlands and Sweden all recycle at least half of their municipal waste, according to the European Environment Agency.

One key to Germany’s success is that the color-coded collection bins are everywhere — train cars and station platforms, town squares and public parks, schools, even soccer stadiums. Most are labeled in English as well as German, to help foreigners figure out what goes where.

And if that wasn’t enough, ordinary Germans are rarely shy about intercepting strangers on the verge of dropping a paper cup or empty soda bottle into the General Waste bin with a cry of, “Stop! That doesn’t go in there!”

We hope the day we will be as careful as Germans about protecting the world that we live in isn’t far.