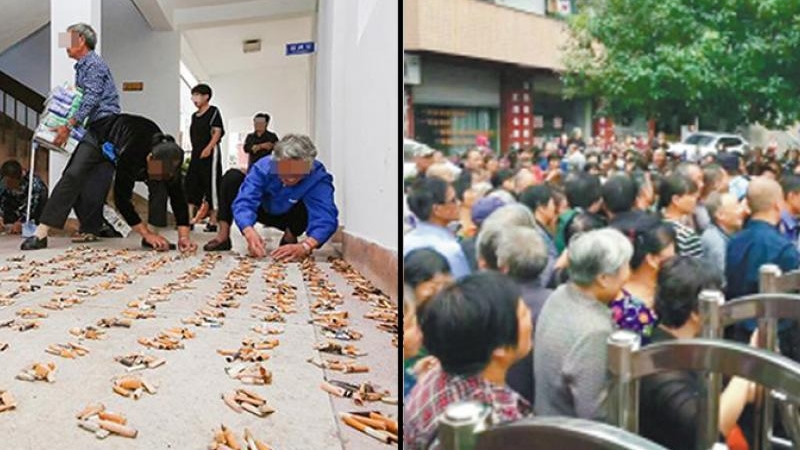 A campaign in Shengzhou, China which compensated people for cigarette butts they brought in has gone up in smoke after “a suspiciously large number of cigarette butts began flowing in”.

The authorities in Shengzhou, Zhejiang Province, were encouraging people to collect discarded cigarettes from the streets and hand them in, the Sohu news website reports. For every 50 that were collected, the city was offering a pack of tissues in return. But the apparently meagre reward had people turning out in droves.

The sanitation task force was soon flooded with cigarette butts, receiving almost five million of them in three weeks, and costing them 100,000 packets of tissues. One elderly woman turned up with more than 9,000 butts, Sohu says. People were counting out their used cigarettes in little piles outside the office, the Zhejiang Radio and TV Group reports.

Officials soon felt that something was amiss, suspecting that those taking part had either been sent cigarettes by people beyond Shengzhou, or had travelled in from elsewhere. That prompted them to cancel the campaign.

“Many of the cigarette butts we received were fairly clean – they were not soiled or soaked in any way, and they didn’t look like they were picked up from the ground,” an unnamed official tells The Paper. “We couldn’t be sure where the butts were collected, so we had no choice but to accept them all.”

Many social media users feel the government can only blame itself for how things turned out. “It is just that the authorities haven’t prepared it well enough,” one says on the Sina Weibo microblogging site. While some are unimpressed that people tried to cheat the system, others point out a potentially unintended consequence: the scheme could simply encourage smokers to light up more often. “It’s no different from welfare for smokers,” one person writes. “Save your cigarette butts, we’ll give you tissues in exchange.”